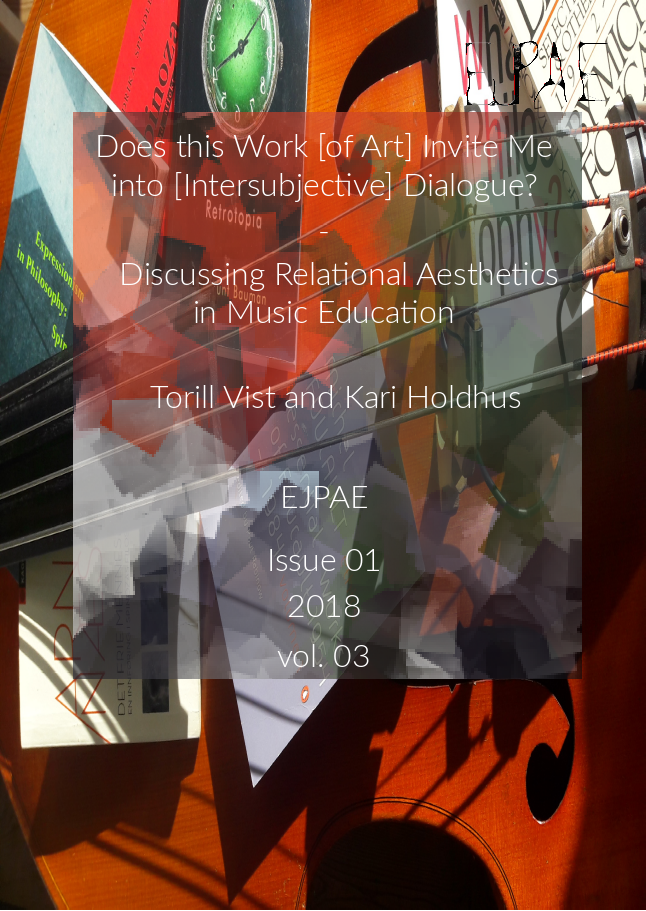 Torill Vist is professor in music education at OsloMet – Oslo Metropolitan University, Departemen of Ealy Childhood Education. Until recently, she held a similar position at The University of Stavanger. She holds her bachelor and master degrees as well as her PhD in Music Education from the Academy of Music in Oslo, and has another master degree in piano performance from SMU, Dallas. Torill Vist has special research interests in early childhood (music/arts) education, and has recently completed her work in the NRC-funded project Searching for Qualities - Relations, play, aesthetics, learning. She also has a research interest in music and emotion knowledge, and in arts->based methodologies. Her recent publications reveal that the ideas of relational aesthetics are relevant in all these three research fields.

Kari Holdhus is associate professor in Music Education at Western Norway University of Applied Sciences. She holds a Ph.D. in music education from 2014.

Kari’s research interests are relational aesthetic practices and aesthetic learning processes, community music and equity based music education practices in and outside school. Holdhus is a contributor and co-researcher within the project Improvisation in teacher Education (IMTE), where she has explored pre-service teachers’ teaching for creativity.

Currently, Holdhus leads the 4-year innovation project School and concert – from transmission to dialogue (DiSko), developing and researching new approaches to Norwegian visiting school concerts. DiSko runs from 2017 to 2020 and is financed by the Norwegian Research Council.